This article/tutorial will explain what database normalization is, why you need it and how to normalize a data model. We will use a simple example to explain the normalization rules.

What is Database Normalization

Database normalization is mainly used to: 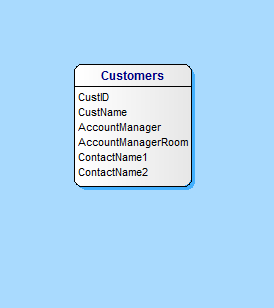 Not normalized (0NF) table/entity in a data model.

In the first normal form, an entity contains no repeating groups and all attributes must have a unique name.

Entities may only consist of two dimensions. A Customer has multiple Contacts (contact1, contact2,...). This is why we must create a new entity for the contacts. A data model containing attributes with names like contact1, contact2 etc, is a bad database design. Repeating attributes make your data less flexible and make it difficult to search for data. 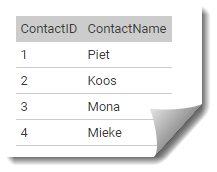 In our example, the key is CustID + ContactID. If we remove the ContactID attribute we ensure that all attributes in the Customer entity depend on the new primary key CustID. We create a new entity CustomerContact for the relationship between Customer and Contact. 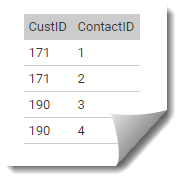 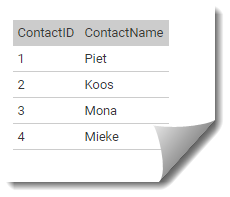 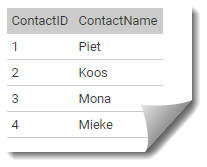 This is the data model after database normalization (3NF): 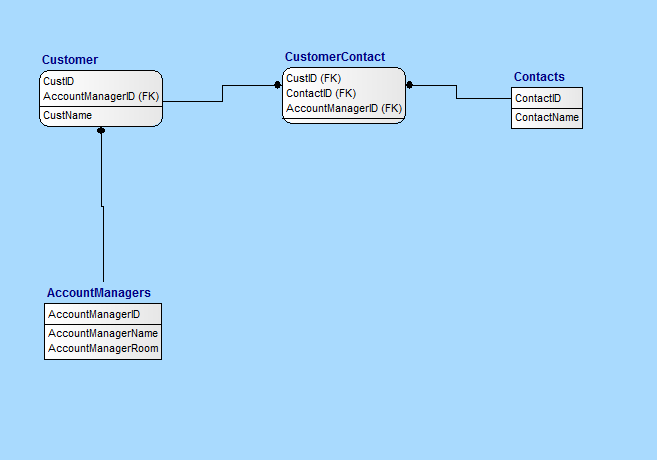 Build your next data model with DeZign for Databases

Learn Get products and technologies